Sexuality and the Internet

“In my generation, we chose women on how they made us feel, not just on how they looked,” my dad explains over the phone while I chew on a cookie/brownie cake I ordered from a local pizza place, knowing I’d regret it while working out tomorrow.

“You see, you guys have things like Instagram and Facebook to look at. It helps create a false perception of what women should look like.” I hang up the phone after about 30 more minutes of talking and, although I enjoyed the conversation, my dad wasn’t telling me something I don’t already know. Instagram, Facebook, Twitter, Snapchat, Pinterest, Tumblr, and any other social media platform I failed to mention, are changing the game for women entirely. Using these sites, women feel they are finally able to voice their confidence in various ways. We have internet platforms to express how we feel, when we feel, what we want to feel, and you know what? I think it’s great. 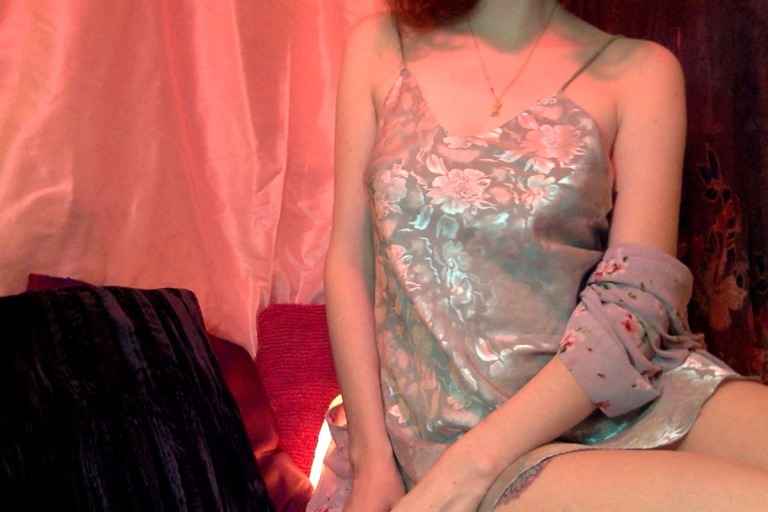 Many women even use the internet to feel liberated because they feel they can’t do it elsewhere. “I feel happy I’m able to say how I feel, post what I want, and feel okay about it. Some stuff I feel more comfortable saying online,” my girlfriend told me over coffee. “It’s not just about posting a picture in a bikini; in fact, it’s so much more than that. People just focus on the negative aspect of women being free with their bodies online, that’s all.” And she is right. Women feeling empowered to express themselves on the internet is paramount due to the fact that roughly 96 years ago we couldn’t vote, roughly 66 years ago we were forced to be in housewife mode, and only 42 years ago we had no choice on if we could provide life or not.

We as women have come a long way, but some people seem to take issue with the way some women have chosen to come along. Let’s look at two of the biggest women influencers of our time right now. Kim Kardashian created her empire off of a sex tape with her boyfriend. Amber Rose went from stripper to author, renowned feminist, actress, and much more. Starting from the bottom and making your way to the top is nothing short of incredible, but some see causing unrealistic expectations for not only women, but the way men see women, is a problem. From a young age, women are sexualized but taught to ignore society’s influence, and if they attempt to express their sexuality in any way, they are mocked. We slander women for posting pictures of their bodies online, but we demonize slut shaming. Can you see where confusion sets in for not only our generation, but the girls and boys behind us?

Many women I spoke with on the subject of women being sexually confident on the internet used words like “unrealistic,” “annoying,” “thirsty,” “attention seekers,” “nasty,” and “slutty.” “I just don’t think it’s okay,” my friend Tee expressed after I sent a screenshot of a half-naked woman to a group message of all women. “It gives the wrong idea, and honestly, who would take a girl like that seriously?” another girl in the group explained. I asked the question, “Why?” many times trying to get an exact answer on why a girl feeling good about herself online wouldn’t be taken serious, but I kept getting, “I just don’t think it’s okay.” Many men I spoke with said just about the same thing, but added that they would have sex with the women being sexually confident online, they just wouldn’t wife them. “You see, no one wants their girl exposing herself online, but shorty who’s doing it could potentially get taken home for a night.” After talking to multiple men about the subject, it was clear to see a lot of them still have the quiet, timid, and soft idea for a girl they want to date or potentially marry. The sexually confident woman online, however, they just can’t handle.

I’ve always had confidence issues, and I’ll admit it. I also know many men and women, myself included, have enjoyed a high from getting 100+ Instagram likes. We as humans want to be accepted, we want people to like us and we want to feel confident. I am not an Instagram model, in fact I’m fairly regular, but I have been guilty of posting a “thirst trap.” Why’d I do it? It made me feel confident, pretty, and wanted, but at the same time I’ve learned to seek satisfaction within myself, not other people.

Before we act like saints and convict the young women who act provocatively via social media, we should look at why they are acting this way. How do we expect women to have the self-respect that so many scold them for lacking when we tell them to be sexy and then criticize them for doing so?

As a woman, finding confidence in yourself can be tough. We feel the need to have our hair cut a certain way, our bodies perfectly proportioned, our nails painted at all times, but a confident woman understands that confidence cannot be found by comparing herself to someone else. If a person feels a certain way about a woman expressing confidence via Instagram or anywhere else, maybe, just maybe, they should examine themselves first.

This story is featured in Austere URL/IRL,

Get it in print!

More is More: The Fashion Brand Going Against Moderation